Post tennis match interviews with Bobby Riggs and Margaret Court after the 1973 tennis match dubbed “The Mothers Day Massacre.” Historical footage of famous tennis players and the match that preceded the Battle of the Sexes with Billie Jean King. 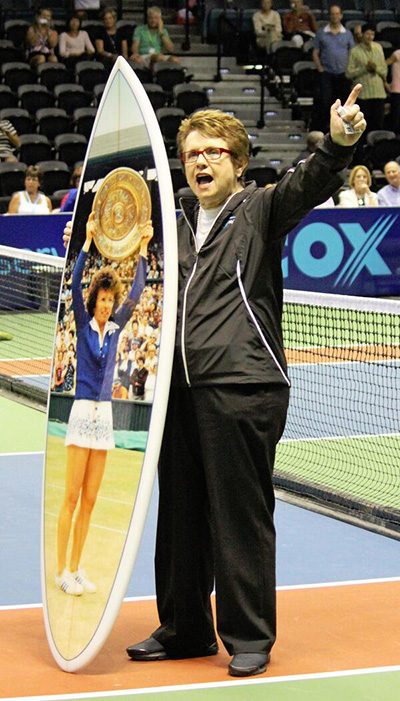